WE WANT TO BE A PART OF YOU! 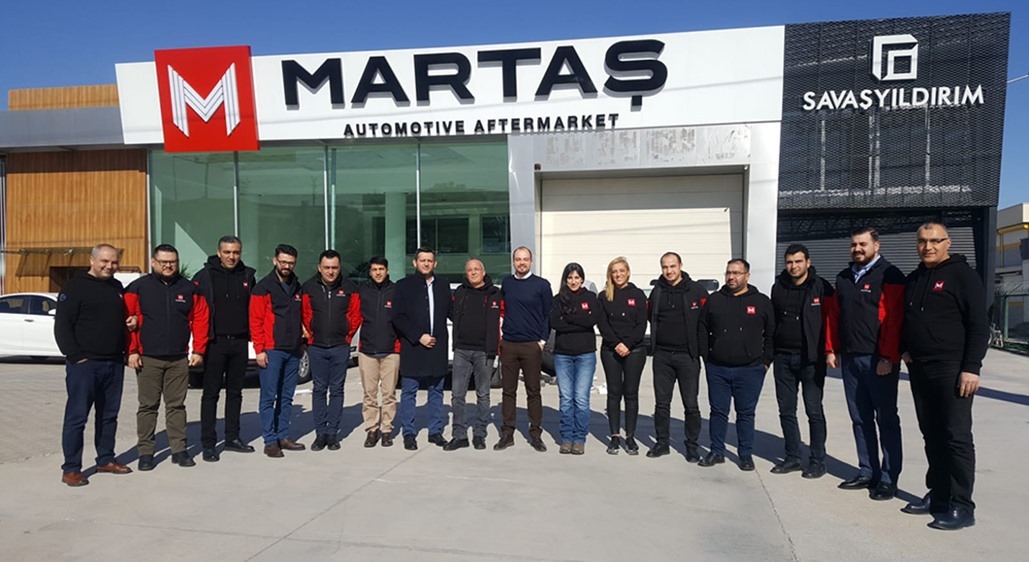 We have realized our big project that will bring together our product managers, vehicle managers, suppliers, our sales team and customers on the field with the "MA-SA" organization throughout the year. In this context, our product and vehicle managers had the opportunity to meet with our suppliers, our sales team in the regions and many customers with the “MA-SA” organization that we held at the same time in many different cities at the weekend. 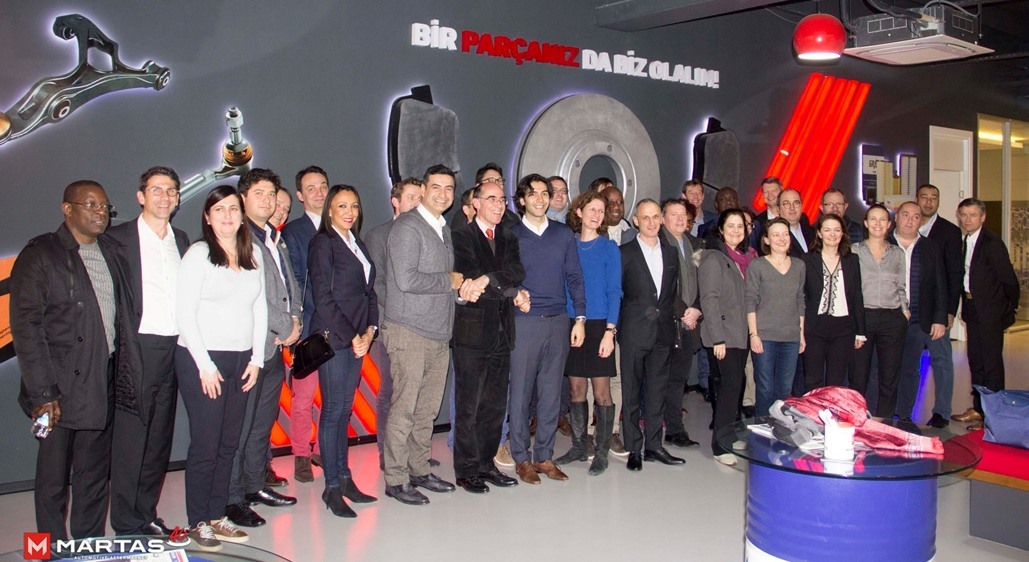 Within the content of ESSEC Business Continuity formations, 'Learning Business Expedition' activities held at CVK Park Bosphorus Hotel with the support of Istanbul French Chamber of Commerce. Martaş Automotive General Manager and the OSS President Ziya Ozalp took part with the presentation named '' Overview of Turkey Automotive Aftermarket”. Nearly 50 international participants, who were senior executive in their own sector participated in the event ,and were hosted the next day with a special invitation held at Martaş Automotive Headquarters. 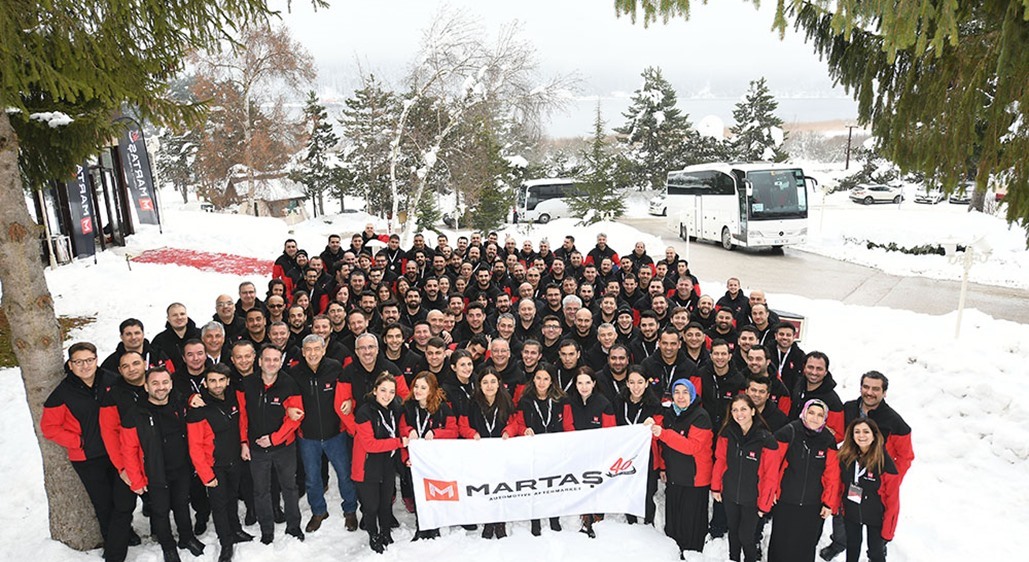 During the Martaş Academy event held in Abant, employees had the opportunity to experience the statement of "Being a part of Martaş" for two days and to have fun with various activities. Within the scope of the event, Martaş Automotive founder Hadi Özalp, General Manager Ziya Özalp, board member Cem Baver Özalp and department managers made a special speech for the 40th year anniversary. Afterwards, some employees were awarded a plaque for their long working years. On the first day of the event, Çetin Yılmaz, former head coach of the Turkish Basketball national team, gave a conference to the entire team on topics such as companies being teams, leadership, productivity and personal development. At the end of the day, all employees renewed their energy with music, karaoke and parties all night long. On the next day, the team stored motivation with memories that would not be forgotten with a team game, played by the entire team together, a walk on the side of Lake Abant and a barbecue party. 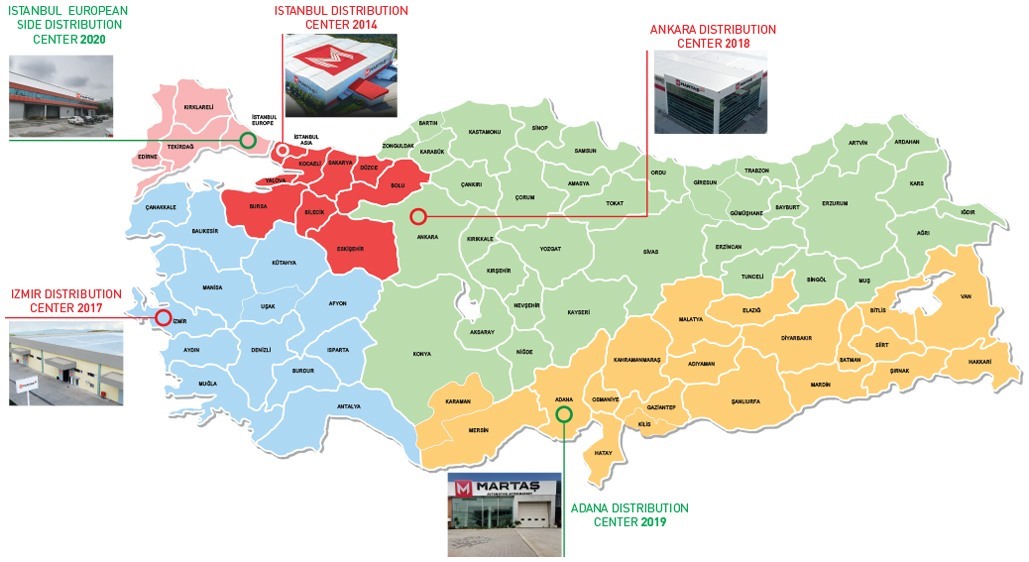 Martaş Automotive will continue to provide high quality, reliable and fast service to its customers in the Southern and Southeastern regions of Turkey through its Adana Distribution Center. 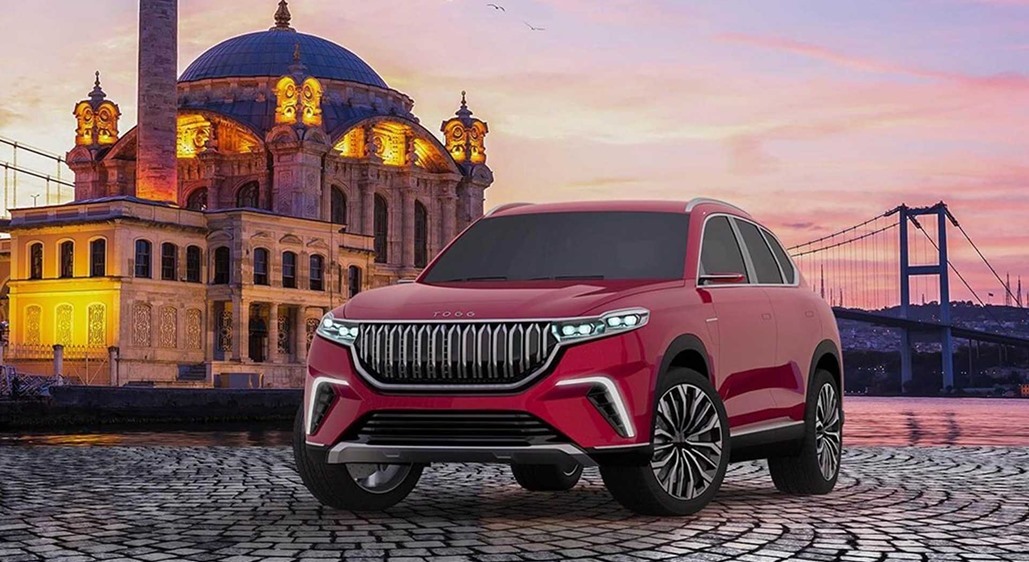 Turkey's Domestic Car Is On The World Stage!

Turkey's domestic car, which was designed and produced by Turkey's Automobile Enterprise Group (TOGG), was introduced with the participation of the Republic of Turkey President Recep Tayyip Erdoğan, Industry and Technology Minister Mustafa Varank, President of the Union of Chambers and Commodity Exchange Rifat Hisarcıklıoğlu and also many business executives from the world of business and politic on 27th December, Friday. In the promotion ceremony held in Gebze Bilişim Vadisi (Gebze Informatics Valley) under name "Turkey's Automobile Entrepreneurship Group Journey to Innovation Meeting", it was conveyed that TOOG, which has promoted C-SUV and C-SEDAN models operating solely with electricity, will release C-Hatchback, B-SUV and C-MPV models to the market in the following years. Turkey factory installation of the domestic car, of which intellectual property right fully belongs to Turkey, will be finished by 2012 and it is foreseen that the first vehicle will be released from the production line in 2022.

Gürcan Karakaş, TOGG CEO, said that the domestic car, of which battery was developed from scratch, will be offered with two alternatives, 200 hp and 400 hp, with rear-wheel drive or dual engine 4-wheel drive systems and that vehicles with holographic assistants had 500 and 300 kilometer range alternatives, and would provide fast charging in under 30 minutes.

Hadi Özalp, Ziya Özalp and Cem Baver Özalp from the Board of Directors of Martaş Automotive took part in this important presentation ceremony where the domestic car of Turkey was introduced. 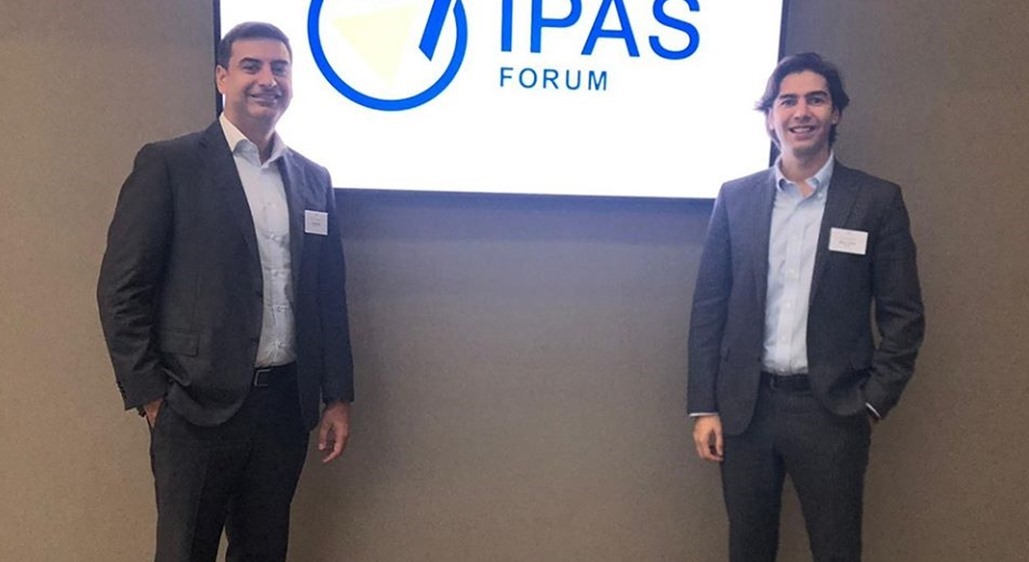 ATR Shareholder and Suppliers Meet at the IPAS Forum in Berlin

ATR International AG, the largest independent spare parts purchasing group in the world, has gathered ATR shareholders and suppliers at the IPAS Forum held in Berlin, the capital of Germany, from 12 to 14 November. General Manager / Ceo Ziya Özalp and Board Member Cem Baver Özalp from Martaş Automotive attended this meeting, which was held to meet and socialize ATR shareholders and suppliers. In the forum, Ziya Özalp and Cem Baver Özalp made a presentation about Martaş Automotive specifically for ATR suppliers. 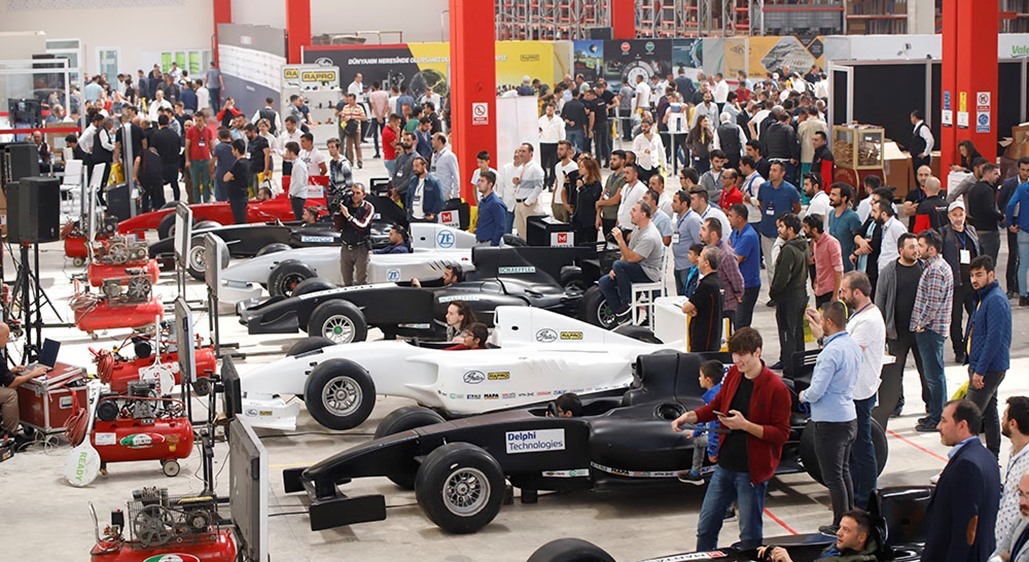 AUTO MARTASHOW/Anatolia which meets domestic and international automotive part manufacturers with retail outlets from many provinces, maintaned being biggest organization of automotive spare parts industry in Turkey after that Automechanika Istanbul Fair.

Participants of AUTO MARTASHOW / ANATOLIA which are one of the members of this rapidly growing sector, had the opportunity to meet and exchange opinions with the officials of national and international spare parts manufacturers, on the other hand, they had the opportunity to closely examine the products of these companies and obtain detailed information.

The Show where the excitement and Fun Never Ends

In AUTO MARTASHOW / ANATOLIA, which welcomes more than 1,500 visitors throughout the day; entertainment and excitement continued without slowing down with entertaining stage shows, stage presentations of spare parts companies, surprise gift sweepstakes, day-long Formula 1 races and a rich variety of local and street flavors.

The event which started with the opening speech of Mariya Automotive General Manager Ziya Özalp; moderated by Ali Özgün, exciting moments were experienced with the presentations of manufacturer companies, gift sweepstakes and prizes given to the winners of F1 races. In the final F1 race of the day; The pilots, who were the winners of the day, competed with pit-stops made by the company officials. The winner of the contentious final race was the team of ZF company.

In cooperation with ÇEKÜL Foundation, to contribute the afforestation of Anatolia by acting with the awareness of social responsibility about forest fires that deeply upset us all as a country.'' Martaş Automotive 40th Anniversary Memorial Forest '' is planted in Sivas with the sapling donations collected at the ÇEKÜL Foundation stand during the AUTO MARTASHOW / ANADOLU event. 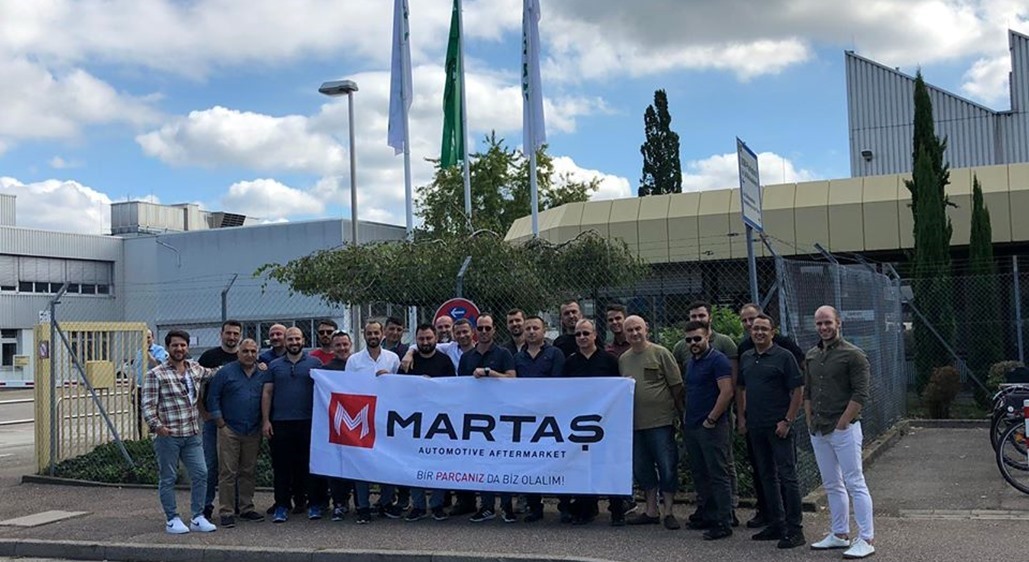 Visit To Schaeffler's Factory In Germany

Within the scope of the joint organization organized with Schaeffler, a business partner of Martaş Automotive, a group of Martaş Automotive customers and employees visited the Luk Bühl factory from Schaeffler's high-tech factories in Germany. In the trip, which lasted three days, many historical and touristic places were visited besides the factory visit. The group, who exchanged opinions with Schaeffler officials for three days and had fun with historical and touristic visits, had an unforgettable experience. 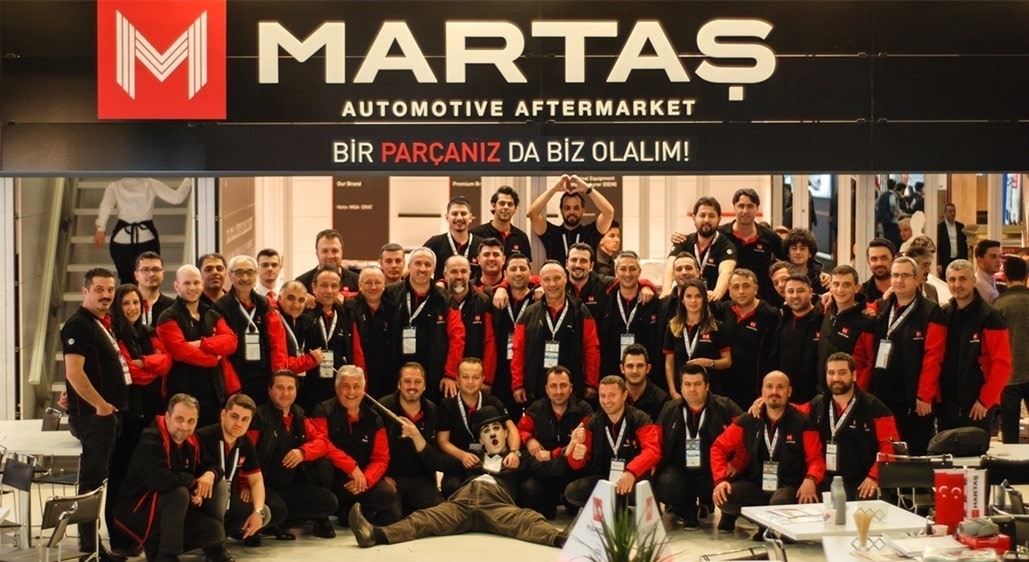 Automechanika 2019 Brought The Automotive Industry Together

Automechanika Istanbul, the world’s 3rd largest automotive fair organized by the collaboration of Messe Frankfurt Istanbul International Exhibitions and Hannover Fairs Turkey Exhibitions brings together over 1397 exhibitors from 38 countries with the professionals of the industry from 4 to 7 April 2018.
Automechanika Istanbul 2019 closed with record numbers: 1,397 exhibitors met with 48,737 visitors from all around the world during 4-7 April 2019. Bringing the major players in the Turkish and European industries together, This fair has become a meeting point, for Turkey as well as for the surrounding regions.
European,Middle East, North Africa and Middle Asia regions were attended in the exhibition which was completed with %80 visitor satisfaction.

Martaş Automotive participated the Istanbul Automechanika Exhibition 2019 with the cinema concept this year as it has participated last year with Champions League concept. In the Martas Automotive stand which was full of surprises within the cinema concept for four days, Charlie Chaplin cosplay made the visitors have a good time, also Kemal Sunal, Rocky Bilbao, RoboCop and R2-D2 cut out images accompanied the visitors. Apart from all these photobooth and the mind game took a lot of attention from the visitors. The Company, the headquarter, Istanbul distribution center, order and delivery processes were presented with the videos four days long in the exhibition.
Martaş Automotive which has its customers to experience the cinema concept in our stand, has given the message of being in every vehicle group and its unconditional customer focused services. 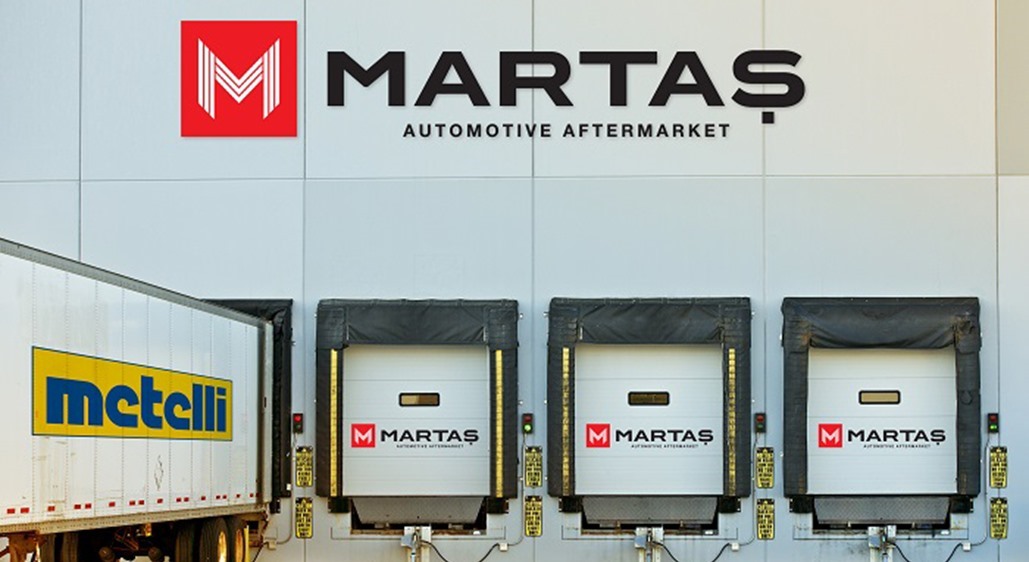 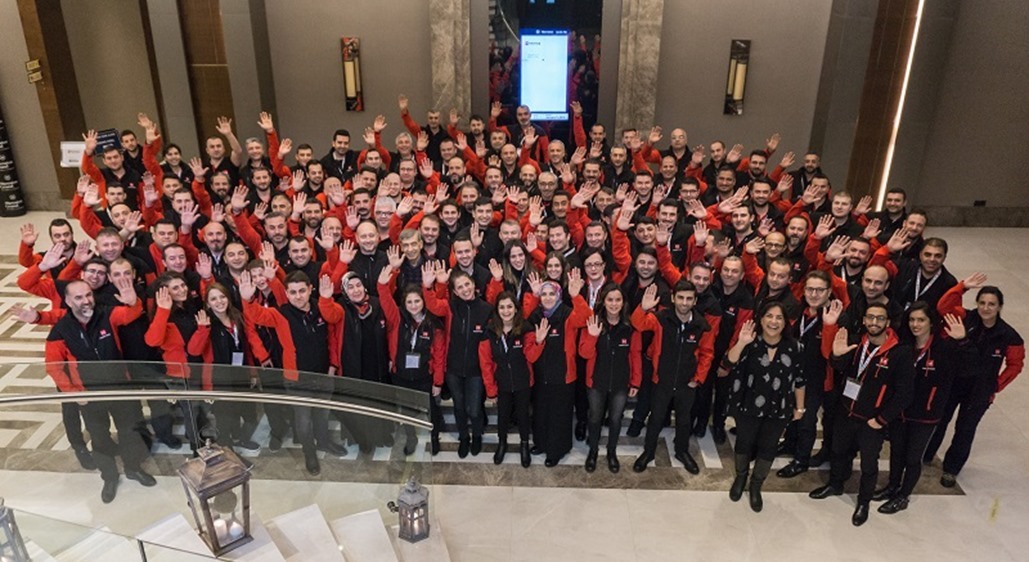 Martaş Academy, which has started its journey with its motto ‘Human First’ and which has been made actual by Martaş Otomotiv, made its 3rd organisation in Istanbul. Martaş Academy which was organized on 12nd – 13rd of January 2019 has become a huge organisation with its personnel’s attendance who came from all around Turkey.

The organisation that started with a barbeque party in headquarter, carried on with an activity organised in Ataşehir Watergarden. The presentations which was linked with the 2019 vision and organisation structure by Ziya Özalp and Cem Baver Özalp, followed with attention. While the Vice President of the Management Board Mr. Hadi Özalp was telling the secrets from the company’s establishment to the place where it is now in ‘From Past to Today Martaş’, participants seemed emotional. Martaş Otomotiv employees who joined to bowling competition after dinner, had a fun time until late-night. 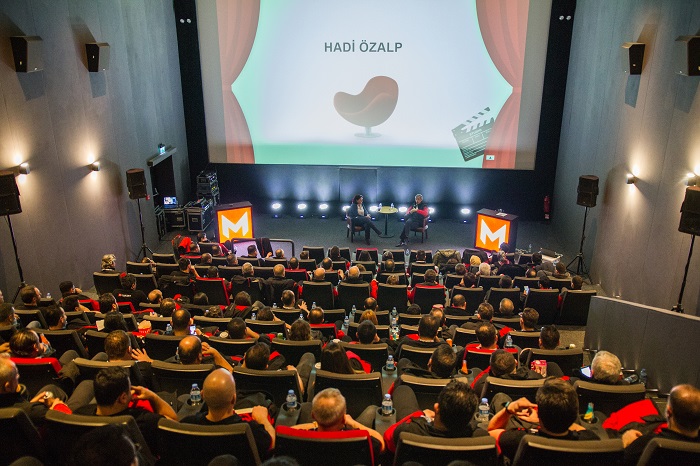 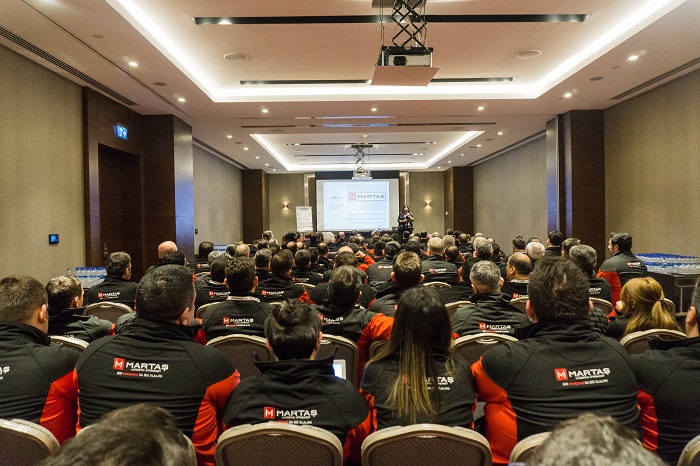 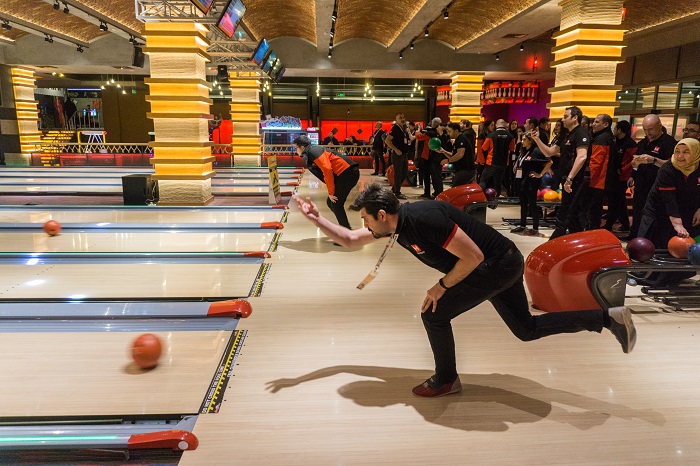 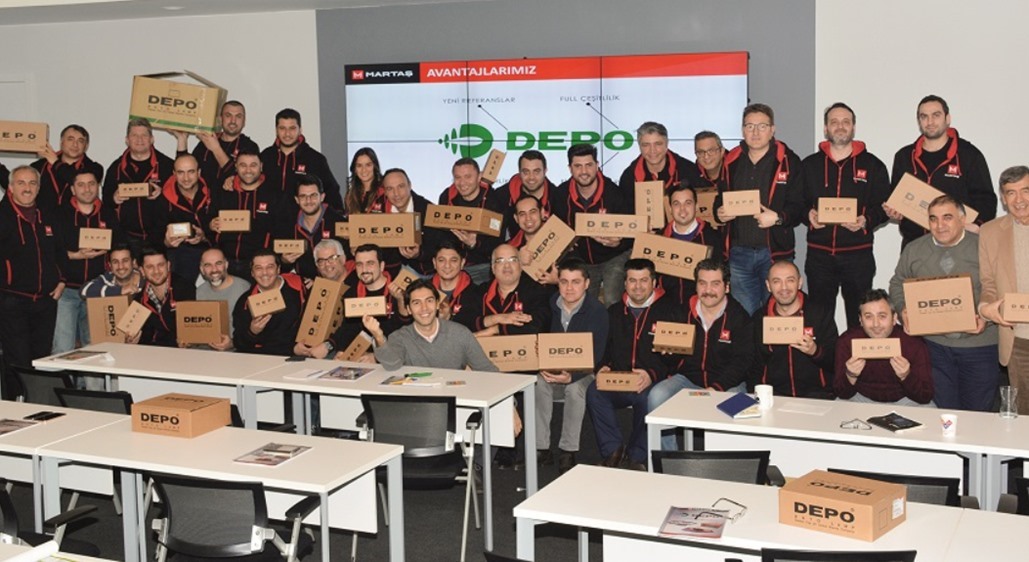 By January 2018, we deliver DEPO brand to our customers with the wide product range and quick delivery guarantee. As we make our customers reach one of the leading lighting company in the spare parts industry, also we make them smile with price stability.

In Martaş Automotive, we bring together our customers with DEPO group which has E-Mark certificated products to give customers international quailty standarts service providing.

What will change with DEPO’s Turkey distrubuting organisation after this partnership?

New references: Every product reference that DEPO will produce for the new vehicle groups will be in our stocks simultaneously.

Product Range: All vehicle brands will be in our stock with wide model range. So we will be presenting you all ligthing products with DEPO quality.

Avaiability: As we have vertical and horizontal stocks in İstanbul, İzmir and Ankara distribution centers, we will have all DEPO stocks 365 days 24 hours for you.

Price stability: As Martaş Automotive, we will provide the same price stability for DEPO products for customer satisfaction. We will be offering you all the advantages of our purchasing power and supply capacity.


From 2nd of July, Lighting products in the industry will be more quality after import prohibitation for the products that doesn’t have E-Mark certification.

It’s well known as ECE test sign. It’s a marking and certification model that shows motor vehicles provides required conditions including approved components according to terms of EU. E certificate indicates that motor vehicles and systems of trailers or related with technical units, approved and certificated for being fit to regulations of AB, BM/AEK in accordance with the law of Heavy duty vehicles.
Kapat